We are Melbourne’s #1 Chrysler wreckers. We wreck all old, wrecked and scrap Chrysler. Call us today!

Originally a subsidiary of US Chrysler Corporation, it was only in 1951 when Chrysler Australia Ltd was officially established. During the 50s, they initially produced Plymouth, Dodge Kingsway, and DeSoto Diplomat which are sedans and coupe utility vehicles. Many say that 1969 was Chrysler Australia’s best year, when it introduced the Valiant series in the market. The Valiant Charger even won Best Car of the Year in 1971.

When Chrysler Australia re-entered the Australian market last 1994, they have found a niche for the 300C; a perfect alternative for ultra-prestige cars. The brand prides itself for their signature stylish luxury vehicles such as the 300C and 300 SRT. Both boast of a signature American design with bold iconic proportions, UConnect system, dual-zone climate comfort system, 8-speed A/T, and blind spot monitoring. Today, they still are Australia’s official importers of sought-after car brands Jeep, Dodge, Fiat, and Alfa Romeo.

We respect your time and money that you need from an old and unwanted car that is totalled-up or written-off. Feel free to contact us for car wrecking solutions.

Request a quote online and you will get quick response for car wrecking Melbourne wide.

We are the top car wreckers in Melbourne offering free removal and hauling services.

If you have a Chrysler car that is too old to fix or redeem, get help from one of the country’s most reliable car buyers and wreckers – Total Car Collections. As much as you want to keep these once grandiose vehicles that you have put your money, time, and effort into, keeping it stowed away in your garage would never do you any good. You don’t need to worry about the condition of your car, because we take everything, even those that are old or non-working Chrysler vehicles.

Total Car Collections is a trusted Chrysler wreckers, we will efficiently remove your car free of charge, and we’ll let you enjoy a reasonable amount of cash for choosing our services. We have the necessary equipment and we have expert wreckers to do the job right. Our Chrysler removal process is FAST, easy and effective. Don’t wait any longer! Call us and get your free quote now. 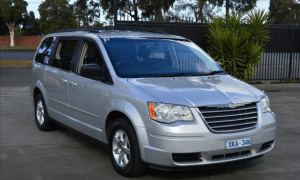 Get A Free Quote Online